Big Guy is OBSESSED with Lego's. I mean any and every kind of Lego thing there is he wants. He has always been really good at putting things together with his hands. It was no surprise that he wanted a Lego party.
Here were the invitations that when out. I found a bunch of ideas online for invitations. I incorporated a lot of the ideas and this is what I came up with .

Here is the front 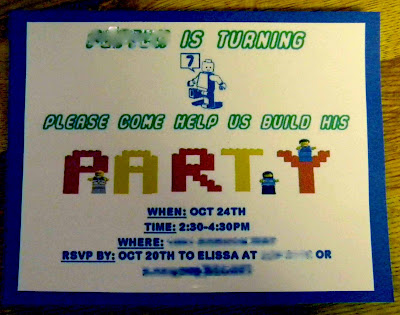 The different backs that I did. 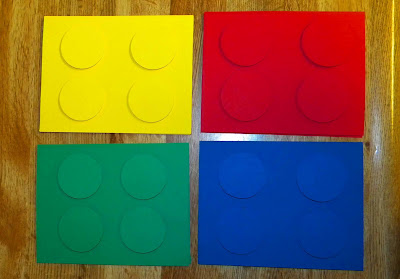 I was planning on having most of the party outside. I didn't really have any big plans for the garage but with the weather deciding it was going to rain I knew outside play wasn't an option. We did our best to decorate the garage "Lego" like as much as possible. I was a little concerned with having 23 kids in my house but we did manage.

I spray painted the dance floor from Bear's sock hop party to make it look like Lego's. My Love wrapped some shelves we had with wrapping paper and then I plopped some paper plates on them to make them look like giant Lego's. It turned out well. 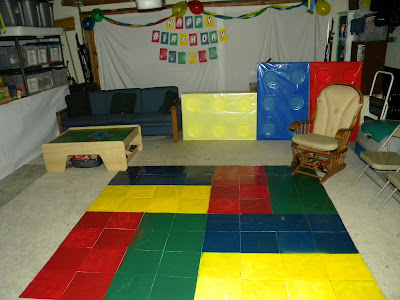 I made this shirt for Big Guy. He thought it was really funny. 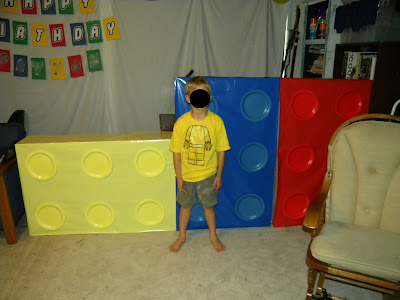 Here was the inside of the house. I mostly decorated with colored card stock and cut out circles to the stick on the paper to make it look like Lego's. It was all really inexpensive. Of course the tradition of the banner lives on. This year it was Lego guys. 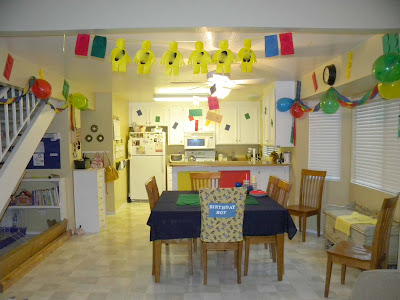 The table setting. I don't know if you can see it but there is a giant felt Lego on the table. 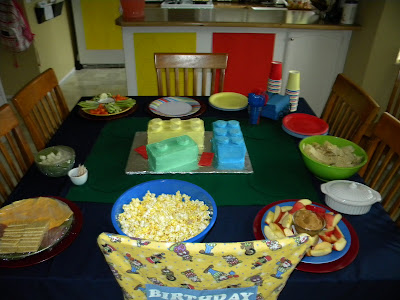 This cake was harder then I thought it was going to be. Frosting those stinkin' cookies on top was so hard. I didn't like the way it turned out. It looked like I was throwing a baby shower for Big Guy. It reminded me of baby blocks but it was the best I could do. 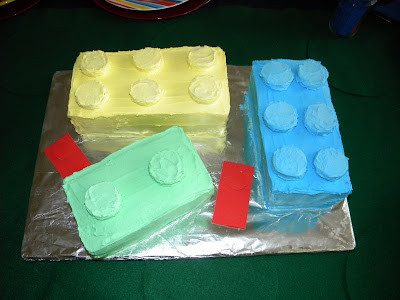 We had the Lego movie playing in the background in the garage but we did play some games too. We played "Pin the Dot on the Lego" as well as "Who can build the tallest Lego tower". This was a huge hit.
At the end of the party everyone got a party favor. I made these marshmallow Lego guy heads with yellow chocolate and then took edible markers to draw faces on them. Can you tell which face My Love drew? 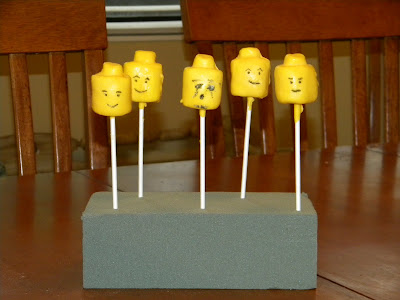 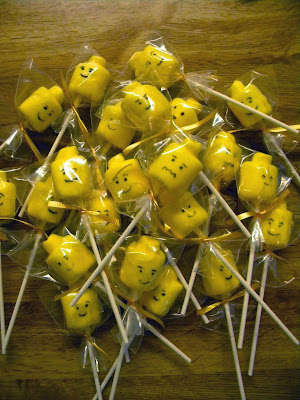 The finished product was a Lego head, some Taffy, coloring crayons I got from the dollar store that matched the color theme perfectly and a coloring book that I made for each of the kids. 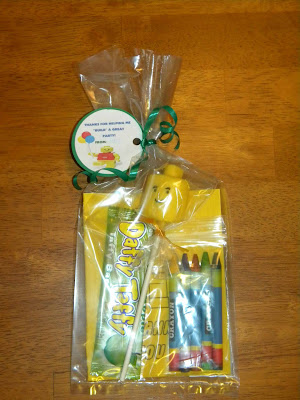