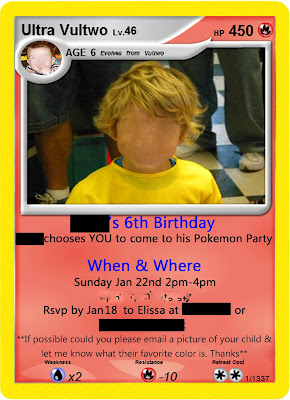 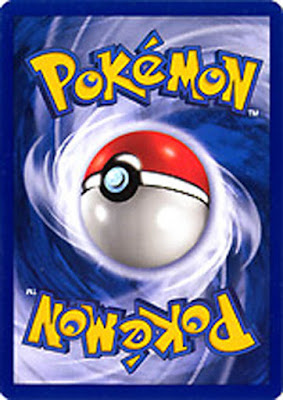 Next thing to work on was his birthday banner. I decided to make Pokeballs with Pikachu's. I like the way it turned out.

As far as the decorations I went to the dollar store for some inspiration. That's the place that inspires me. Why? Because its cheap. Luckily I did get some ideas. I made pokeballs out of dollar store paper plates and felt. I also went online and printed up some pictures of some Pokemon characters. Then cut them out and hung them up. 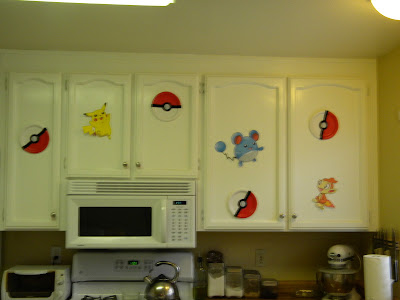 The garland hanging from the fan was those plastic hockey balls with holes in them. I just covered them with colored duck tape and black electrical tape to make them look like more pokeballs. 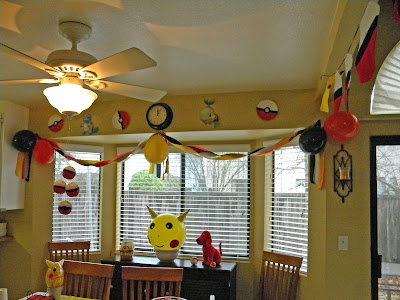 This was suppose to be a Pikachu head. I went to Wal-mart and saw this big yellow ball. I thought if I added some stuff to it, it might actually resemble Pikachu. (the random Clifford was because Monkey was star student and got to take the class mascot home.) 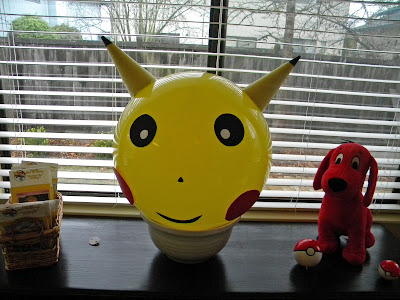 These Pikachu heads were actually yellow eggs from the Easter section at the dollar store. I just added some ears, yellow confetti paper and drew a face on them. Perfect. The table scape was a big felt Pokeball. 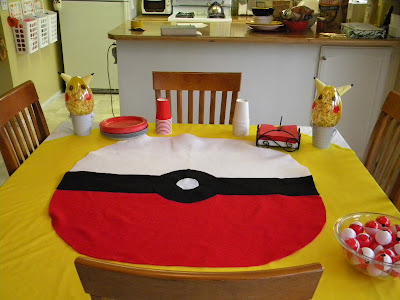 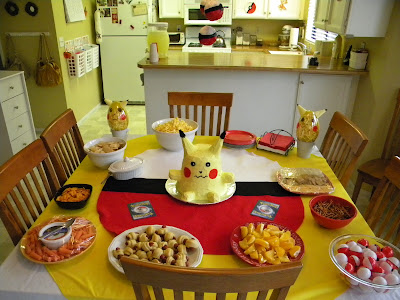 Monkey wanted a Pikachu cake and so that's what he got. This cake was 5 layers high. The ears were sugar ice cream cones and the arms and legs were Twinkies. The cheeks were red fruit rollups cut into circles. 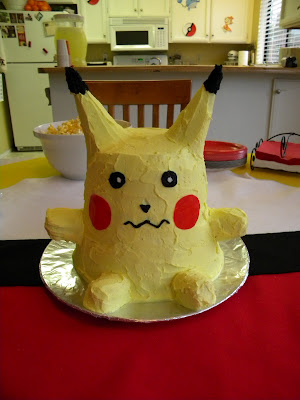 The present area.
More Pokeballs and a homemade felt Pikachu glued onto poster board for Monkey. He loved it. 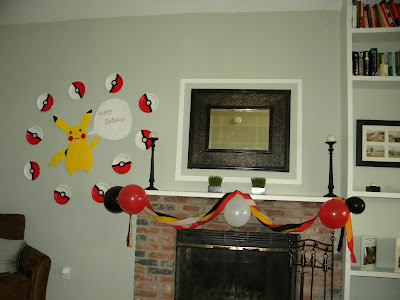 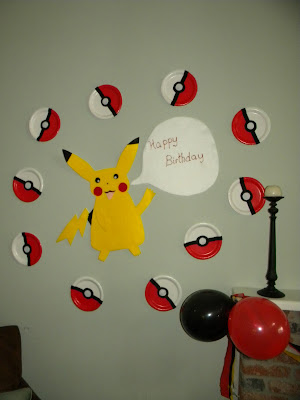 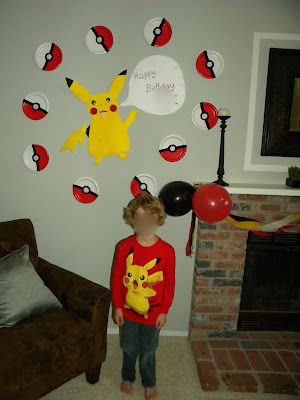 As far as the games I found a great blog online that gave me the idea for the "Hunt for Pokeballs." I found some ping pong balls at the dollars and colored them red and black. Then we hid them around the house and the kid who found the most won the prize. 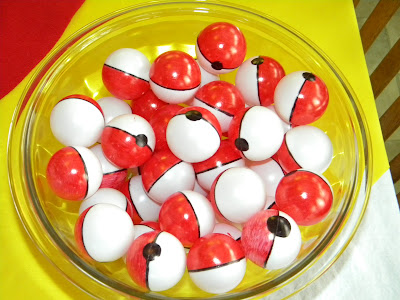 The next game was "Pass the Pikachu." The big Pikachu head was perfect for this. Although half way in we realized that we should probably take the ears off since they were almost poking kids eyes out. Other than that it was perfect. 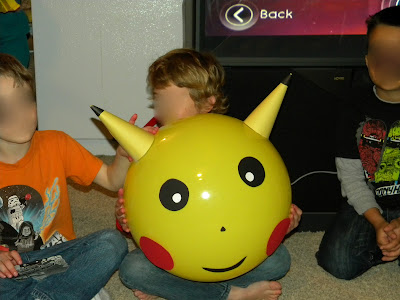 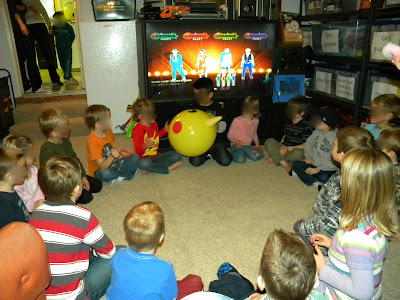 When it was time to leave, everyone got a party favor. Each favor had a homemade coloring book. I love making these. They are cheap and easy. Each guest also recieved pokemon cards. These can get expensive but I bought 100 used (but like new) cards for $9. Also each favor had a personalized Pokemon card that I made and had laminated for them. I asked each parent to email me a picture of their son/ daughter so I could personalize each card. I found this website online that allowed me to make these. Then I found another website that if I plugged in the child's name and favorite color in, it was give me their "Pokemon name" and bio. It was perfect. Here were my kids cards. 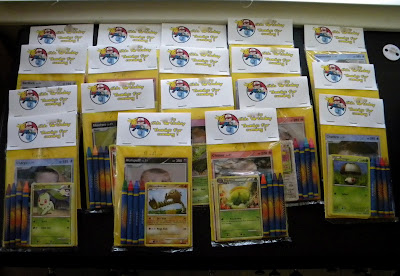